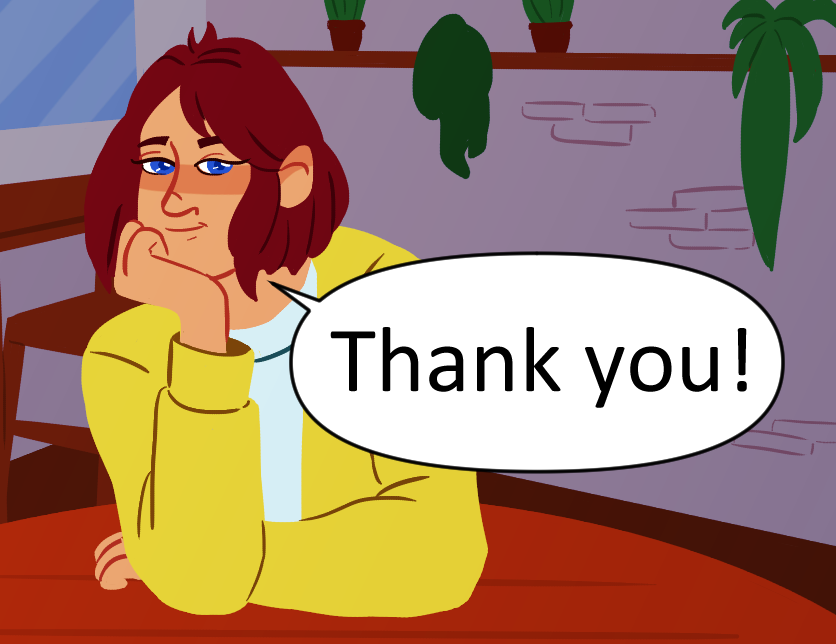 Hey everyone! Just wanted to make a quick post to say a big GIANT thank you to everyone who has played generic nonbinary game! It's been like 2 years since I made that game and I've been blown away by the reception to it, all through the last 2 years and also during the last month when the game was part of the Queer Games Bundle. When I first made it, I had never thought it'd reach quite so many people and I'm forever thankful for all the people that responded to it by leaving comments, donating on kofi, making let's plays and reviews. Hell, I even got to speak about it at an online event which still blows my mind.

I'm terrible at responding to comments, but if you've ever commented, voted or interacted with the game, I've definitely seen it. It means a lot to me that this game, which is both very personal and the very first time I made a fully original game, has been received so well. I've learned a lot since then and I'm hoping to keep learning and keep making queer games.

And! If you're interested in seeing more of my original games, you can check out my main gamedev account - antolsz

are you one of THEM